The definition of Kinect belongs to interaction design

The futuristic technology of Steven Spielberg’s Minority Report, which saw Tom Cruise work with a glove-controlled interface that allowed him to pull, drag and toss images around a computer screen, is now possible thanks to a new graphical interface coming out of CSAIL. Systems Robotics Engineer Garratt Gallagher has released a video where he plucks images from a reel he drags onto the screen, then enlarges, spins and casts the pictures aside a la Minority Report.

Gallagher used the Kinect sensor from Microsoft and libfreenect driver to interact with the Kinect in Linux, and graphical interface and hand detection software developed at MIT to interface with the ROS open source robotics program (developed by Willow Garage). The hand detection software showcases the abilities of the Point Cloud Library, part of ROS that MIT has been helping to optimize. The software enables natural, real-time interaction as it can detect hands and fingers at a high speed. 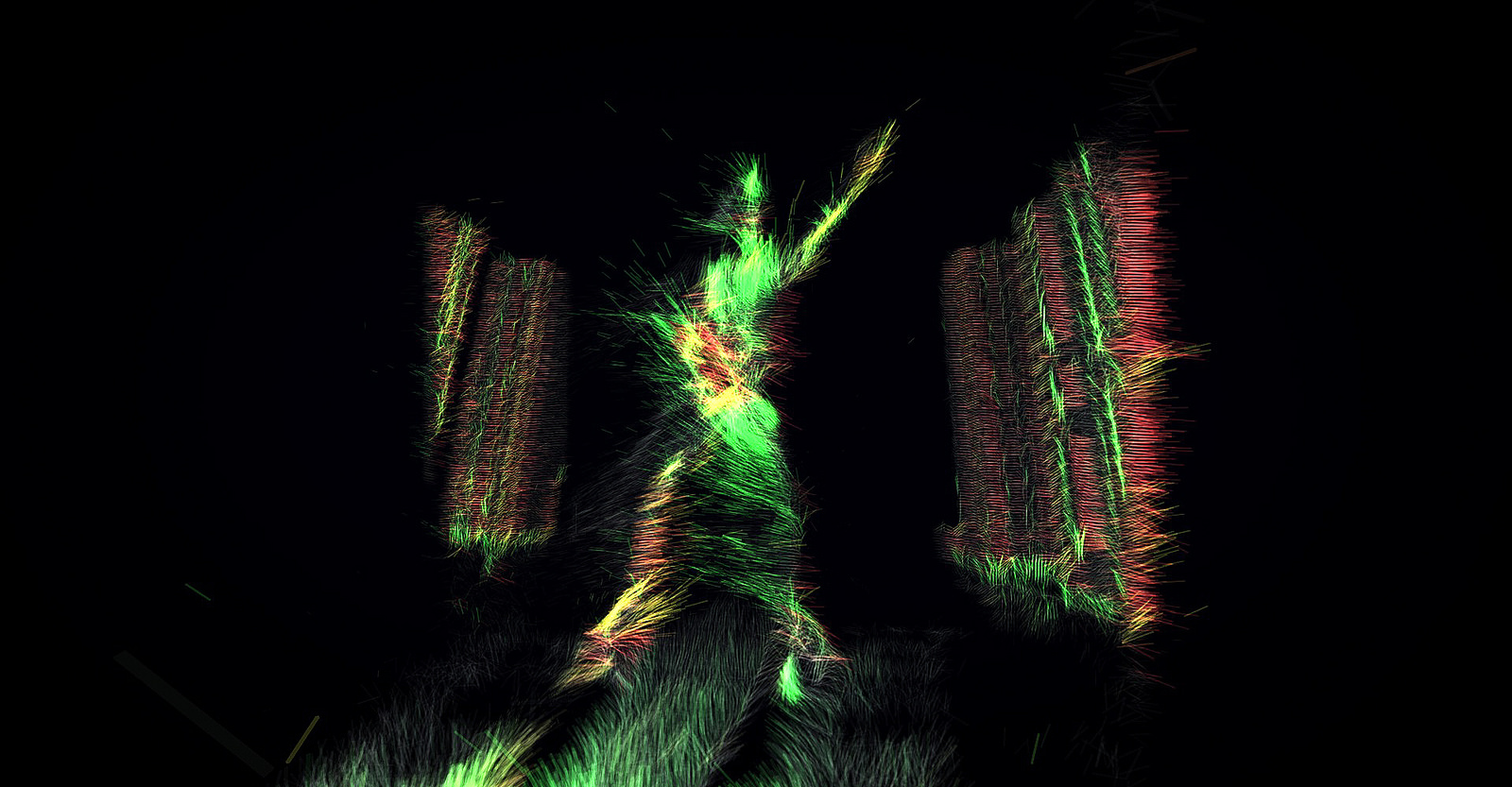 Developed by Schnellebuntebilder and Kling Klang Klong, Momentum is an interactive framework to create synaesthetic experiences of sounds and visuals generated from a body’s movement.

The idea to create a real-time analytics tool for movements started at the Choreographic Coding Lab of Motion Bank in 2013 and was quickly set in motion. Based on the intensity and direction of each move, the GPU-based system calculates and visualizes the trajectory of over 2 million particles. The foundation for this shared vocabulary consists of two-dimensional and three-dimensional motion tracking data (e.g. skeleton, optical flow, Kinect 2…), which run through a handmade custom programmed tool based on the vvvv software. Via an OSC-interface this evaluated output is delivered to kling klang klong’s soundframework “MOTIONKLONG”, which is based on the software Max. Here the data is transformed into generative sounds. It also controls the behaviour and sonic attributes of the adaptive music running in Ableton Live.

For more information on the project see schnellebuntebilder. 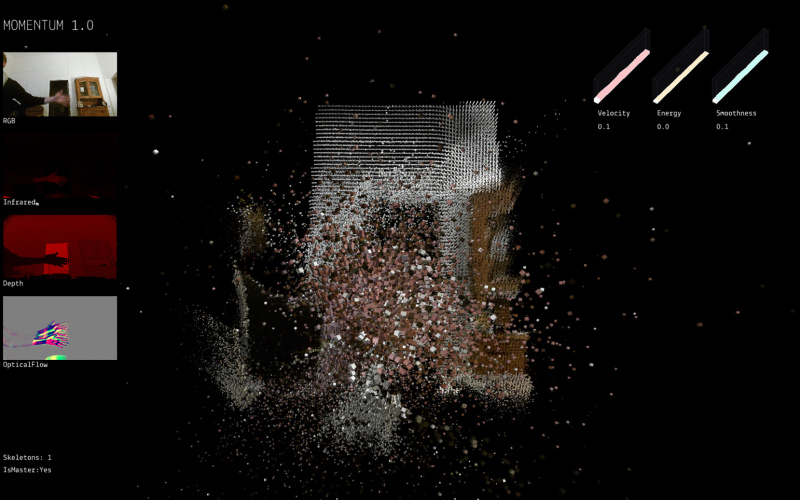 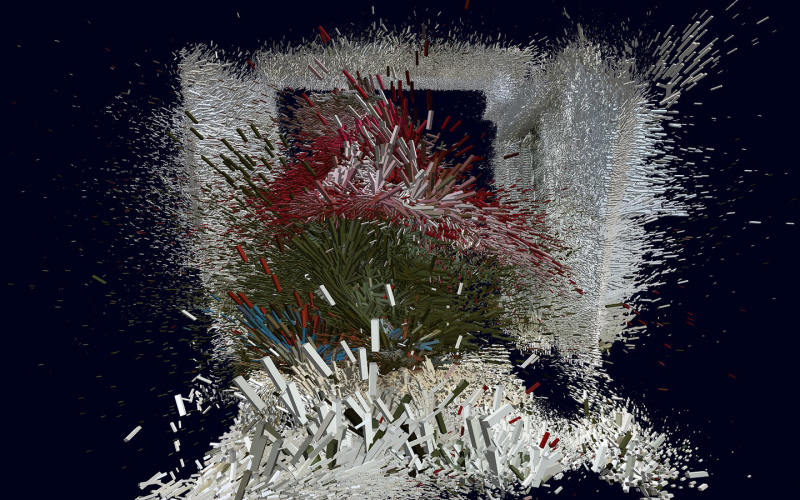